President Museveni Mocks Those Trying To Spy On Uganda

President Museveni has come out to make fun of those trying to spy on Uganda. For the past few weeks and days there has always been reports of espionage being done on Uganda by different people who were thought to be citizens.

The latest was Victoria University Vice Chancellor Dr Lawrence Muganga who was bundled up recently by joint security agencies from his work promises.

According to the UPDF spokesperson Brig Flavia Byekwaso, Mr Muganga was arrested for illegal stay in the country and espionage.

According to reports, Dr Muganga was a Rwandan spy but his manner of arrest sparked backlash from the public and some notable figures.

Subsequently, they released him after the intervention of President Museveni.

The President however through his Twitter page yesterday said that he didn’t follow such matters further. This is because he wondered what these people really want to spy about Uganda.

“I did not follow up on reports that some people were apparently spying on us, but it is a wastage of time. Spying on us to do what?” President Museveni said.

For some time now, tensions have been flaring between Rwanda and Uganda with each country accusing each other of spying on it.

This led to the Rwandese president Paul Kagame closing up the Katuna border. He further accused President Museveni of acting like the master of the region.

However while speaking to a French media outlet earlier this week, President Museveni rubbished these accusations as lame.

We Have A Different Enemy, Not Museveni – UPC’s Fred Ebil

Ssegirinya And Ssewanyana Re-Apply For Bail

Public Gives Their Views On Legislators Having Degree As A Qualifier

Police To Investigate Viral Video Of Girl Forced Into Marriage

Be Loyal And Patriotic, Gen. Muhoozi To CID Officers

We Want Our Guild Elections To Happen, Makerere University Students Petition To Mpuuga 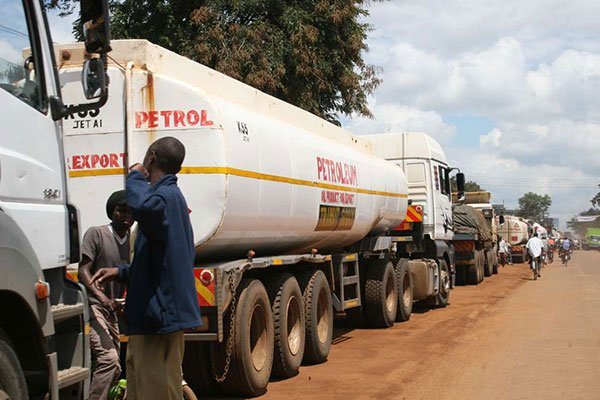 More Ugandan fuel importers have embarked on using the Tanzanian route to avoid relying on ...