Yesterday saw embattled singer Jackie Chandiru clash with local news website BigEyeUg. This was after BigEyeUg wrote an article alleging that the faded singer was on her knees pleading with her former lover, city lawyer Caleb Alaka to take her back.

The website further said that although Alaka was unlikely to take Jackie back, he’s always had a soft spot for her and could end up making a U-turn.

Further, the media house wrote that Jackie is on the verge of quitting her music dream and concentrate on just surviving.

As soon as this fell into the former Blu 3 singer’s ears, she issued a reply back blasting the website.

“I’m very disappointed that you can post such nonsense and even have the audacity!! I always had respect for you but surely whoever is paying you is doing enough. This is the old journalism…but clearly you have no problem.” The singer posted.

The website replied by saying that they don’t need to be paid to write free information but thanked her for reaching out. Jackie then told them to write truth not crap. This is before the website said that whatever she means they wish her all the best.

It should be noted that the Gold digger singer and Caleb Alaka had an on and off relationship years back when Jackie’s career was in it’s prime.

Alaka was said even at one time to be pumping cash into Jackie’s career. The pair however later broke up and went separate ways before Jackie got immersed in drugs that nearly killed her.

Meanwhile, artists have continued to battle with bloggers with the last ones having been Omulangira Suuna and Bebe Cool.

BigEyeUg Caleb Alaka Omulangira Suuna 2021-09-14
Eninu William
Loading...
Previous: You Have Made Me Fail To Get A Girlfriend- A Pass Cries Out
Next: How My Wife Left Me For Another Man On Our Wedding Night – I Felt Ashamed 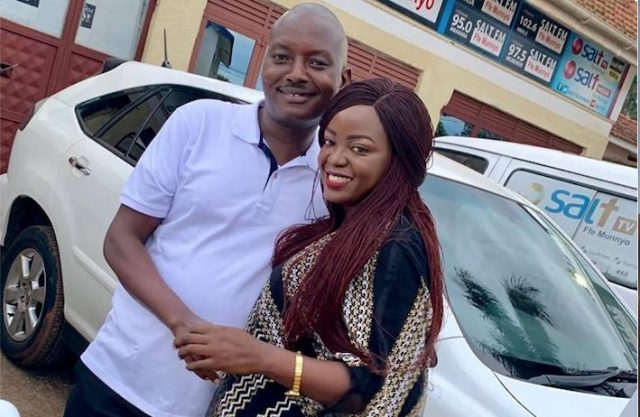 Pastor Ssempa Advises Pastor Bugingo To Go Back To His Wife