Ever since Donald Trump became a US president, he has faced a lot of challenges and criticized on several occasions. On 18th December 2019, the White House Representatives approved articles of impeachment against him on charges of abuse of power and obstruction of congress.

His presidency continues to be challenging. There has been riots across United States after one of the police officers in Minneapolis was filmed kneeling on a back man’s neck who was heard pleading for his life before he died.

Almost 50 percent of Americans are not sure what Donald Trump’s religion is, 16 percent think he’ has no religion, while 33 percent say he is a protestant, though they say he doesn’t usually attend church.

The founder and overseer of Synagogue Church of All nations In Nigeria, Prophet TB Joshua, reminded his followers about the prophesies he made concerning America on security issues.

During my prophecy for 2020 released on 28th December 2019, prophecy number four concerning America was given as follows: “Approach to the security issue will affect the candidates and swing voters in the next election.”

President Trump, this is what is happening now. Another one is coming. President Trump, wake up to checkmate this. It will go beyond this. Another one is coming, starting from the ending of June. Where there is no vision, people perish. During your regime, the name of Jesus has been given more honour. What glory! Let us look beyond our palace for God’s authority. With God, all things are possible! Let us act now. It is not all up to God; we have a role to play. More appeals to the people and security are required – in a language that will douse the tension and stop this situation – so we can then commit the future one into God’s hands,’said prophet TB Joshua.

Benjamin Netanyahu Is Relieved Of Duties As Israel Premier

Ten Covid Patients Given Drug, Get Well Within A Day

At Least 115,000 Health Workers Have Died From Covid- WHO Chief 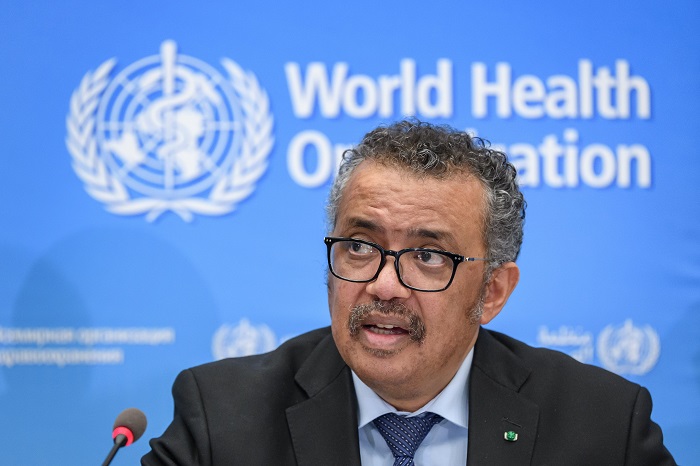 The World Health Organization (WHO), has announced a more deadly stage of the pandemic yet ...