Woman Kills Boyfriend After She Found Him Swallowing ARVs

Residents of  Kijumba cell in Hoima District were left in great shock after a woman whose names were withheld, hacked her boyfriend to death after she allegedly found him taking antiretroviral drugs (ARVs).

Check also: Mother Kills Her Young Son, Went Ahead To Eat His Organs

According to police, the 35 year old Tumusiime Emmanuel was killed on Wednesday at around 6pm at his home located in Kijumba cell in Hoima District.

Mr Hakiza Julius who is the Albertine regional police spokesperson confirmed that Emmanuel was struck on the head with an axe.

After noticing that the boyfriend had died, the killer woman took herself to Hoima central police station, where she reported a murder case and admitted to have hacked her lover to death,’said Mr Julius.

She claimed that she was very disappointed after finding her partner swallowing ARVs and she knew right away that he must have infected her with HIV.

The suspect was arrested and put behind bars at Hoima Central Police Station on murder charges, as Hoima police continue investigations into the incident.

Businessman Charged For Beating Man Who Threatened To Rape His Wife

Man Kills His Grandmother For Allegedly Bewitching Him

Why We Should Never Use Force Over Something Like Mask-Up! 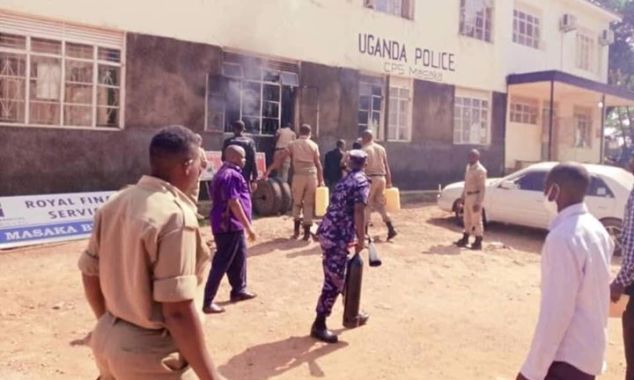 Residents of Masaka town were left in shock after a 29 year old boda boda ...