A man identified as Oyolo Bernard has been detained by Directorate of Criminal Investigations (DCI) at Huruma Police Station in Kenya’s capital Nairobi after killing wife.

After strangling his wife Okoth Anyango Leila to death, the middle-aged mechanic who is employed at Jua Kali Westlands, Nairobi quickly took himself to the police station on 2nd November and demanded to be put behind bars.

Kiplangat Isaac attached to Starehe Directorate of Criminal Investigations department on Monday confirmed to the Chief Magistrate Nyaga Heston that police officers rushed to Bernard’s house where they discovered his wife’s dead body lying on bed.

The deceased’s body was taken to Chiromo Mortuary in Nairobi where postmortem will be conducted.

Corporal Isaac asked for 14 days custody orders to finalize investigations into the incident before presenting him to court. 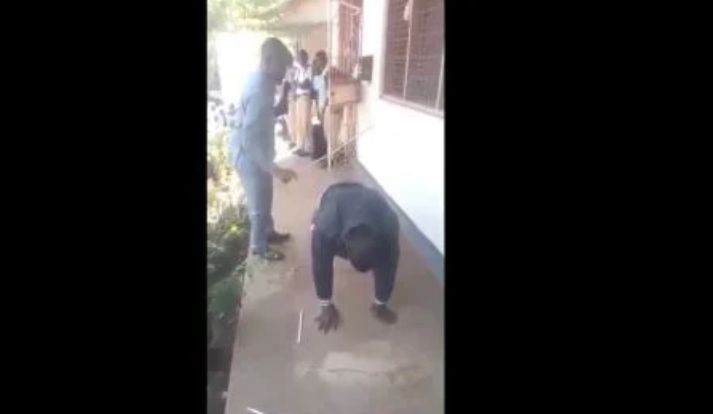 A headmaster in one of the secondary schools in Tanzania publicly caned a man who ...