Have you ever sent money to a wrong person and received it back after calling the recipient? I guess not. Well, me neither. It is quite rare these days to get back money sent to a wrong account. That doesn’t mean everyone is mean these days, there still are honest people out there. A Twiter user going with the name Rolivhuwa testified on Wednesday.

According to her, when she contacted the person to inform him of her mistake, he begged her to be patient with him.

She further added that the man told her he needed to use the money urgently but promised to send it back on Wednesday, November 25.

True to his word, the man fulfilled his promise and refunded the cash. As soon as she received her money, the excited lady took to social media to share the news with her followers.

Rolivhuwa’s story went viral as her tweet gathered over 40,000 likes and 3,000 reposts.

“Sent money to a wrong account a week ago, I contacted that person and he said he really need to use that money and he would send it back on the 25th. Guys, he just sent the full amount back now.”

Sent money to a wrong account a week ago, I contacted that person and he said he really need to use that money and he would send it back on the 25th. Guys, he just sent the full amount back now🥺😭😭❤️

Social media users were as surprised as Rolivhuwa was.

@_Kgali shared her personal experience with someone she mistakenly transferred airtime to and he returned it.

Few years ago, I transferred airtime to the wrong number. I called that number and the guy said he'll transfer it back. After some few minutes, he sent it, told me he just got back from the shop to buy it and apologized for taking long 😭😭😭. I felt so bad 😢

In other news earlier published by NEWSLEXPOINT.com, a boda boda rider identified as  Mukasa Francis, a resident of Mukono in Uganda recently inspired many people especially his fellow boda boda riders after he married the woman of his dreams, a lady he believed to be way above his class and status.

Mukasa who reported to be a primary seven drop out walked down the aisle with his sweetheart Olivia on 9th September 2018, which all believed to be one of their best moments in their lives.

From Rwakitura To Kampala In Victory: Museveni Excites Supporters As He Drives Through The City

Is It Necessary For The Government To Regulate Internet Use? 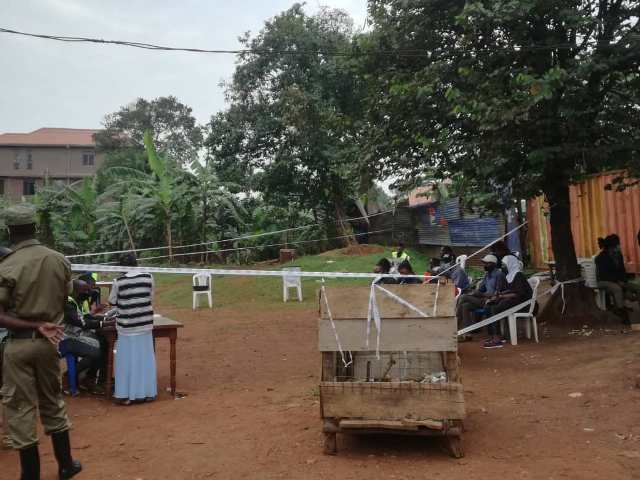 Electoral Commission has suspended voting at some polling stations in Rubaga South. This comes after ...