Zimbabwe has exported 35 African elephants from Hwange National Park to China after satisfying Convention on International Trade in Endangered Species (CITES) requirements on wildlife translocation.The translocation also followed a visit to the Asian country by local game stakeholders to inspect facilities and conditions under which the jumbos would live.

The team expressed satisfaction with the condition, resulting in the elephants being flown to China on December 23, last year. Zimbabwe Parks and Wildlife Management Authority, in a statement yesterday, said the live sale of the elephants and translocation was done in line with international wildlife translocation regulations.

“The team visited and assessed Shanghai Exhibition Park, Beijing Wildlife Park and Hangzhou Wildlife Park. Zimparks was satisfied that the translocation process could go ahead. CITES and national rules and regulations pertaining to the live sales were religiously followed.

“The process of crating and ground transport and loading of elephants into the air cargo was monitored and observed by various stakeholders who comprised national security agencies and the Zimbabwe Society for the Prevention of Cruelty to Animals (ZSPCA).

“Destinations for any live sales undergo thorough suitability assessments, a pre-requisite for CITES, before any translocations occur and follow ups are made to any destinations to ensure compliance to international best practice.”

The authority said for that reason, the ZSPCA was involved throughout the process and the translocation to China was done with escort by a wildlife specialist, wildlife veterinarian and elephant keeper as per CITES requirements. Zimparks added that translocation of elephants from highly concentrated areas to other local national parks was an ongoing process and in line with the current national elephant management strategy, with the relocation done in phases.

The first phase would focus on Sebungwe region that has protected areas such as Chizarira National Park and Chirisa Safari Area, with assessment of some of the destinations having already been done in terms of ecological and security requirements.

“It is not a secret that the exercises to translocate wildlife is capital intensive, thus requires funding. Zimbabwe believes that wildlife conversation should pay for itself,” said Zimparks.

“Live sales of elephants to international destinations are done to generate financial resources for conservation programmes. It is also not a secret that Zimbabwe has been slammed with trade restrictions on hunted trophies of some wildlife species and raw ivory that make it almost difficult to utilise our wildlife to fund conversation.

“We are, therefore, turning to friendly countries to extract value out of our wildlife. Zimbabwe, unlike other countries has a unique wildlife conservation funding system that no amount is budgeted for conservation in the national budget.”

A story published by China Central Television (CCTV) on December 30 quoted several Chinese officials indicating that the importation of the 35 African elephants was a legal commercial activity that aligned with the rules and regulations.

Song Li, from China-Zimbabwe Wildlife Foundation, confirmed the elephants were imported by wild animal parks from Shanghai, Beijing and Hangzhou.

China’s State Forestry Administration (SFA) also confirmed that Zimbabwe sent the animals to China, adding that it was under the legal terms of “a commercial activity”.

Hu Chunmei, secretary of the Endangered Species Fund of China Biodiversity Conservation and Green Development Foundation, said China had been importing elephants from Zimbabwe and such trade was legal.

Zimparks said Zimbabwe had an elephant population of over 83 000, which was the second highest in Africa, with the greatest population in north-west Matabeleland.

“This is an indication of the country’s best elephant management programme,” said the authority. “However, these figures, in Hwange National Park, indicate what is termed localised over-abundance.

“The scenario has led to severe ecological damage that has affected other wildlife species. The high elephant population results in severe environmental degradation, loss of biodiversity and increased competition for scarce resources, resulting in some elephants being pushed to the peripheries of the park, a situation that increases their vulnerability to poaching as well as heightening human-wildlife conflict.”

Zimparks said as a result of overpopulation, the cost per unit area to manage such animals, particularly protection and water provision, surged significantly as the elephant population increased.

Of the three options, culling, which is the periodic killing of elephant herds, families and individuals has not been considered given that little or no value can be extracted from the exercise.

The authority said the Zambezi Valley and Sebungwe regions were two of the elephant ranges that have experienced declining elephant populations, with the major reason including human encroachment into wildlife zones, resulting in habitat loss and increased poaching.

To that end, elephant management plans are being implemented to address the challenges with restocking being high on the priority list.

“Increased intelligence gathering has also been instituted through recruitment of intelligence details as well as increased international cooperation through structures such as Interpol to ensure timeous information gathering to fight wildlife crimes,” said the authority.

The Campfire programme was also undergoing a revamp to ensure communities realised maximum value from wildlife as an incentive for them to protect the animals.

By early last year, Zimbabwe had exported about 100 sub-adult elephants aged between five years and seven years, which animal activists said were babies in an attempt to attract world sympathy.

Environment, Water and Climate Minister Oppah Muchinguri is on record saying Zimbabwe would continue to carry out live elephant sales as a way decongesting elephant ranges that were overpopulated and for the country and communities to draw value from the jumbos. 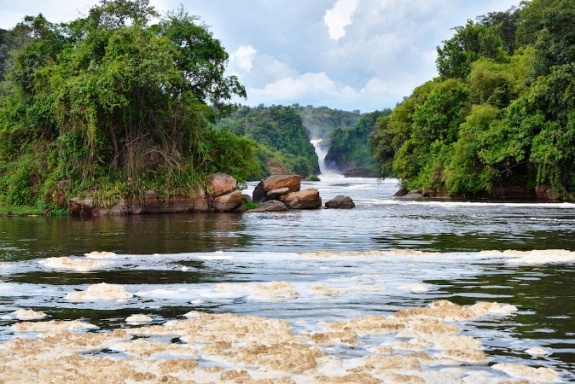 Uganda Named Among The Top 5 Beautiful Countries In Africa

Uganda is simply known as “The Pearl of Africa”, it is located within the East ...