News that reached our desk this afternoon indicate that Bobi Wine’s People Power movement and NRM party are still at cold ties unlike other parties like Democratic Party, FDC, and others.

However, reports indicates that three men believed to be People Power coordinators were involved in a fight with NRM supporters and one of them is said to have lost his phone in the process.

The sager happened when the three People Power youths ( Dan Mugambwa, Kateregga Hamza and Karoma Gadaffi) were driving in a car and noticed a gathering of people in Mityana town.

They jumped out of their car and began recording the meeting. The people that were being recorded didn’t like what was going on and asked the boys to stop but these People Power guys didn’t listen.

The meeting turned into a fist fight when the people in the meeting jumped on them and were beaten with the plastic seats under the watch of the police.

On many occasions, the two sides have always been attacking each other and sometimes end up losing their lives. 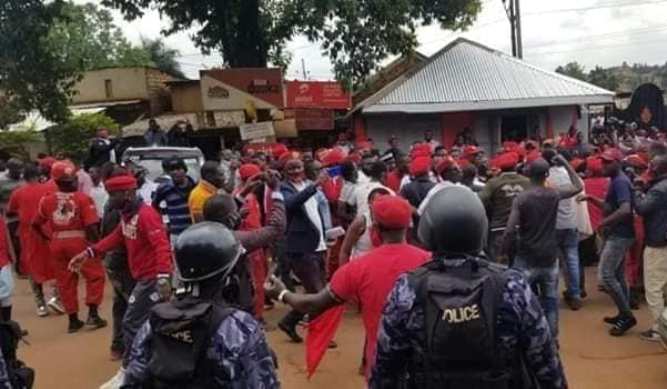 The People Power Movement headed by the Kyadondo East Member of parliament Robert Kyagulanyi has ...