Bobi Wine And Kizza Besigye In Kenya To Observe Elections

According to Bobi Wine’s socials, the two (both former presidential candidates) are in Kenya as part of the Africa Observation team.

“As part of our mission to observe the #KenyaDecides2022 this Tuesday, I was glad 2 meet & interact w/ Presidential Candidate Rt. Hon. @RailaOdinga. Another part of our team met w/ Candidate @WilliamsRuto. Wishing the great ppl of Kenya a free, fair, credible and peaceful election [sic],” wrote Bobi Wine on Twitter.

The secretary general of NUP David Lewis Rubongoya who is part of the Ugandan delegation to Kenya said they are meeting various stakeholders including presidential candidates.

On several occasions, Bobi Wine and Besigye have protested the manner and conduct of elections in Uganda.

As Tuesday’s polls are just hours away, various international observers have also been deployed across various regions in Kenya to monitor the process. On Sunday, the Intergovernmental Authority on Development (IGAD) deployed 24 election observers across 11 counties for the observation mission.

Additionally, some of the observers are electoral bodies and diplomats from six IGAD member states. These will be stationed in Nairobi, Nyeri, Uasin Gishu, Nakuru, Kajiado, Kisumu, Kisii, Kakamega, Machakos and Mombasa.

Similarly, the Elections Observation Group (ELOG) made an announcement over the weekend. They said that 5,108 observers will be deployed to tallying centers across the country.

Furthermore, they will have to assess the integrity and general conduct of the electoral exercise.

Dr Kizza Besigye has on different occasions expressed his belief of how President Museveni cannot be removed using elections. Additionally, he always says the president has mastered the are and craft of rigging them.

The contest in Kenya is between the president’s deputy, William Ruto, and 77-year-old former opposition leader Odinga. The president now backs the latter. 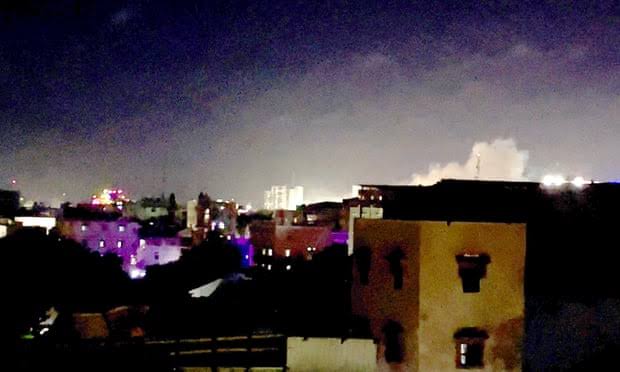 According to security officials, 10 people were murdered after Al-Shabab militants stormed a hotel in ...