Civil society fraternity have called upon government to rethink on borrowing money for the construction of specialized hospital in Lubowa.

briefing journalists SEATINI-Uganda together with Uganda Debt Network (UDN) Oxfam-Uganda, Civil society advocacy group(CSBAG) and Initiative for Social and Economic Rights (ISER) expressed their concerns on the decision by the  Parliament of Uganda to approve Promissory Notes worth US$ 379.7 Million (approximately UGX 1.3 trillion) to finance a project agreement that was signed by the Government of Uganda and FINANSI/ROKO Construction SPV Limited for the design, construction and equipping of the International Specialized Hospital of Uganda (ISHU) at Lubowa, Wakiso District.

“This project has been approved amidst the challenges facing the Health Sector, ranging from a huge disease burden (both infectious and non-communicable diseases), limited infrastructural facilities, drug and vaccine stockouts, and limited financial and human capital” noted CSOs.

While acknowledging the role played by the government of Uganda in improving the health sector through undertaking efforts to boost the health workforce, and improving on the physical infrastructure of key regional hospitals and more importantly, the specialized hospitals of Mulago complex, including the cancer and heart institutes, CSOs noted that the government is falling far short in addressing the challenges therein the Sector.

Kiiza Africa, the Program Officer at SEATINI-Uganda noted that the process of approval of financing the facility was undemocratic, rushed, non-inclusive and did not follow the right process of granting contracts Public Private Partnerships (PPPs). For example, key actors like the PPP Committee and PPP Unit provided for therein the PPP Act 2015 were not consulted.

“The Lubowa Hospital facility is also overpriced; while Government is providing 100% funding to FINANSI/ROKO while guaranteeing to be safeguarded from any risks whatsoever. Other concerns raised include: negative implications on Uganda’s Health Sector financing; Uganda’s increasing indebtedness; and a problematic Investor-State Dispute settlement (ISDS) provision therein the agreement,”he said.

Ambassador Nathan Irumba the Executive Director of SEATINI indicated that given the liberal economy and nature of private investors, there is no guarantee that the Lubowa facility will be used by people, especially the marginalized ones.

This is due to the fact that while out of pockets by patients is the highest contributor of revenues to the health sector (46%), the utilization of the already existing health facilities by Ugandans is still low due to the high charges which they can’t afford.

He proposed that priority be given to renovating regional referral hospitals and establishing new ones in the 39 lacking Districts.

Michael, a research analyst from UDN stressed that focusing on making the already existing hospitals and specialized health units functional will be a stepping stone to increasing and improving health care coverage, and a leap towards achieving the Universal Health Care targets. Mr. Michael proposed for putting in place the Health Insurance policy as a viable alternative to ensuring increased access of Ugandans to Health services.

In her submission, Ms. Lumonya Faith, a Program Officer at SEATINI reiterated that the inclusion of Investor State Dispute Settlement in the agreement establishing financing of the Lubowa Hospital facility puts Uganda in an unfortunate situation, given the fact that successive settlements in International Courts of Arbitration have become extremely lucrative not only for the companies investing in a country but also for the small, secretive group of lawyers representing them.

Finally the Civil Society Organisations proposed that government conducts Cost Benefit Analysis of terminating the agreement to construct the ISHU now or of continuing with the project. This is given the concerns of value for money; the already existing health sector challenges; and the country’s current economic situation i.e. its macroeconomic instability, already high indebtedness, among others.

They also said PPP Act 2015 should be implemented /operationalized so as to ensure that the PPP Committee and PPP Unit are able to perform their roles stated therein the Act. This Act however, should also be reviewed to prioritize on addressing the democratic deficit therein the PPP Procurement process, through ensuring involvement of citizens, to inform the decision on a proposed PPP Project. 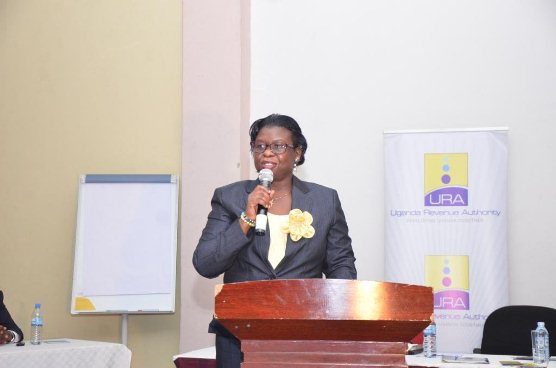 The Uganda Revenue Authority ( URA ) has reported declines in the collection of revenue ...