The media has been awash with several reports about the 51.4 kilometer Kampala-Entebbe Expressway being the most expensive road in the world. The reports have been informed by findings of the Committee of Statutory Authorities and State Enterprises (COSASE) which is chaired by Abdu Katuntu, the Member of Parliament for Bugweri County, Iganga District.

I have followed the discussion and investigations on the cost of Kampala-Expressway, with keen interest because I have a stake in the road as a Ugandan and responsible taxpayer. Like all Ugandans, I look out for value in whatever project the government undertakes.

First, it’s important for all of us to accept that the expressway is no ordinary road by not only Ugandan but African standards.

Going by the media reports quoting COSASE, the road is costing Ugandans more than four times what it should cost. But what the reports are not telling us is what the cost of the lane per kilometer is and this is where the devil lies.

It’s worth noting that the Kampala-Entebbe Expressway has 19 fly-overs and bridges with a total length of 2,770 metres. It also hosts Nambigirwa Bridge, the longest four-lane bridge in Uganda and East Africa with over 1,400 metres.

Now, let’s compare the cost of the on-going 15 kilometre Kampala Northern Bypass extension with that of the Kampala-Entebbe Expressway. The total cost of the two-lane road is $87 million (approximately Shs309 billion) -obviously a fraction of the Expressway. However, the cost per kilometer of this road is a whopping $5.8 million! This means that each lane is being constructed at $2.9 million. This road is funded by the European Union through the European Investment Bank while the Expressway is funded by the government of Uganda and China Exim Bank.

From the above analysis, one can easily tell which of the two roads is more expensive to Uganda and perhaps the most expensive in the world.

Another project cost I would like to draw fellow Ugandans to, is the cost of the New Nile Bridge Project. The bridge is slightly over half a kilometer (525 meters) long and it is going to cost the Ugandan tax payer $125 million (approximately Shs444 billion!) My simple maths tells me that if this is a 4-lane bridge, half a kilometer is costing us $59.5 million (Shs211 billion)! While it’s billed to have attractive features that beautify Jinja town, for its length, I believe it’s the most expensive infrastructure project in Uganda.

It can be argued that mixing oranges and mangoes is not appropriate. So the cost of the Jinja Nile Bride shouldn’t be compared to that of the Expressway or Northern Bypass.

Going back to the COSASE report and its recommendations to revisit the cost of the Kampala-Entebbe Expressway, I would say, the committee started its investigations without sufficient information or clear picture about the cost of the road projects Uganda is undertaking. If there’s a project that needs urgent attention before a contract is awarded or work is started, it’s that of the Kampala Southern Bypass. COSASE should launch investigations into this project so that Ugandans don’t end up paying an arm and leg for a road they can get at half the price.

We have been made to believe that the Kampala-Entebbe Expressway is very costly without being given proper explanations. As citizens of this country, we deserve to be told the truth especially by our parliamentarians.

Going by my analysis, I believe the Kampala-Entebbe Expressway is a value for money project and its should be expedited and concluded to avoid the usual Ugandan syndrome of losing millions of dollars through white elephants and endless investigations. On the other hand, COSASE should conduct comprehensive investigations into other key road projects of national interest.

Transport Fares Shoot Up Due To High Fuel Prices

Transport Fares Increased Ahead Of Christmas

MP Squeezed By COSASE Over Purchase Of Uganda Railways Land

Uganda Airlines Plane Runs Out Of Fuel In Tanzania

Boda Bodas To Start Operating Tomorrow Within The Following Boundaries 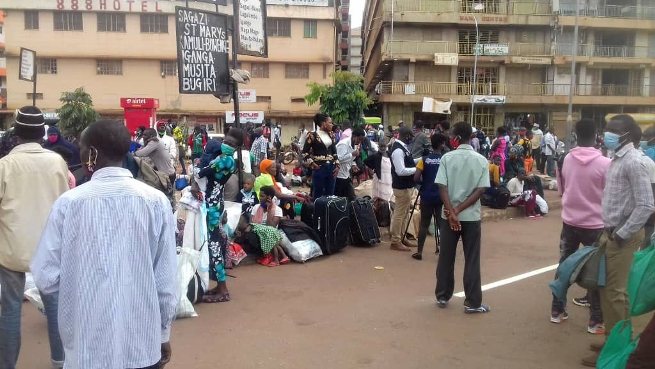 Hundreds of passengers are confused and stuck especially in the new taxi Park due to ...