Residents of Nabooti Village in Buduuda District were left in shock after a man who was armed with machete allegedly chopped off his 16 year old girlfriend’s hand for rejecting his marriage proposal.

This tyrant man who was armed with a Panga, allegedly ambushed his girlfriend, 16, on the way to her parent’s home at around 9pm last week and cut-off her right hand.

The 16 year old senior two student, also suffered several injuries on her back and legs.

She was rushed to Mbale Regional Referral Hospital where she was admitted.

“He wanted to marry me but I refused because I am still interested in my studies. He was not happy with it. He became angry with me,” she told media on Friday.

The young girl said she was with her friends on the fateful day.

‘After cutting off my right hand, he ran away and left me in a pool of blood. One of my friends called my parents and rushed me to Buduuda Hospital where they referred me to Mbale Regional Hospital for advanced treatment,’she added.

Ugandan Man Abandons His Kenyan Wife, 3 Kids On The Streets 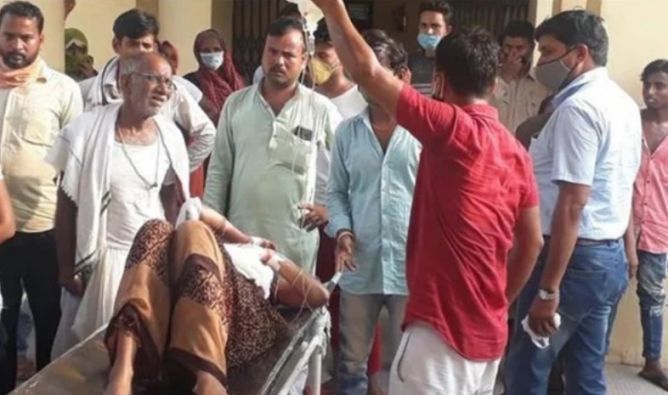 Police in northern India arrested a man after he slashed his pregnant wife’s stomach with ...