The mother identified as Syombua Joyce and two of her children, Micheal Prince and Maua Shanice who were murdered in a brutal killing last month and their decomposing bodies buried in a shallow grave were finally given a satisfactory farewell on Saturday.

Check also: Mother Kills Her Young Son, Went Ahead To Eat His Organs

Three coffins carrying the corpse of Ms Syombua and two of her children Micheal and Maua were buried in a single grave next to each other at their rural home in Kitui District.

During the sombre burial ceremony, mourners praised the mother and two of her children while also seriously demanding for justice for the 3 victims.

The victim’s decomposing bodies were discovered on 16th November in a little depth grave at Thingithu Estate in Nanyuki Kenya.

3 weeks before, Ms Syombua and her two children were reported missing after having left their home in Kayole purposely to visit Major Mugure Peter at Laikipia Air Force Base, 8 kilometres West-northwest of Nanyuki.

Major Peter was the Joyce’s estranged partner and the biological dad to her two deceased children.

According to Postmortem report, Ms Syombua succumbed to multiple punches inflicted on her head while both her children died as a result of strangulation using the rope. 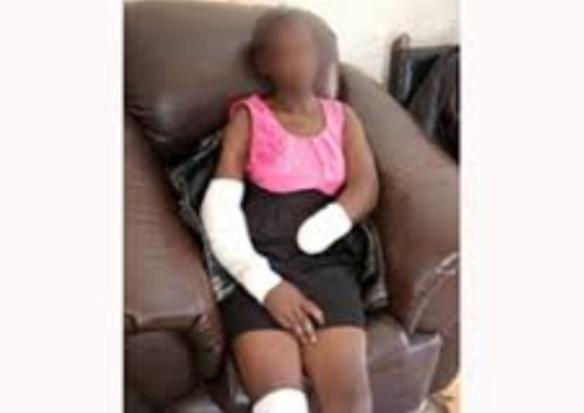 Residents of Nabooti Village in Buduuda District were left in shock after a man who ...