Posted by: bukejonah in Business February 21, 2018

One of the leading network company MTN Uganda, has made it easy for Ugandans by dropping its data charges at a low cost. This has made Ugandans and people at large happy for these changes. MTN Uganda has caused competition with other same service providers.

The MTN company came to agreement with its users.

The company MTN, managed to reduce data charges by 50% whereas other packages still completely reduced to 100%, which was done to make its users or customers happy and condusive for the majority.

It was on Tuesday when the company decided to unveil the new data rates, Wim Vanhelleputte the CEO said that, the internet rate reduction was due to increased usage of data compared to other services, and that led to the reduction in prices.

Changes didn’t only include rates but as well as the data volume. Some existing rates had the prices remain the same while data volume was increased. For instance with 250 /= one will be getting 15 MBS instead of 10MB while with 5000= the data volume has been increased from 325MB to 1GB (1024MB).

The Network company still confirmed that they invested money equating to UGX 400 Billion in the two financial years of 2017 and 2018 in developing infrastructure to improve the network quality.

“It is important that our customers not only get lower rates, but also experience a good quality network – where we are keen to continuously invest; everywhere. MTN Uganda over a two year period of 2017 and 2018 has budgeted over Ugshs 400 Billion invested in network upgrades in order to improve customer experience. This will increase our 3G sites and 4G/LTE sites to deliver a bold digital world to our customers” CEO Vanhelleputte commented.

This company has more than 12 Million Subscribers, and it expects two thirds of them to use internet since the rates were decreased for easy access. 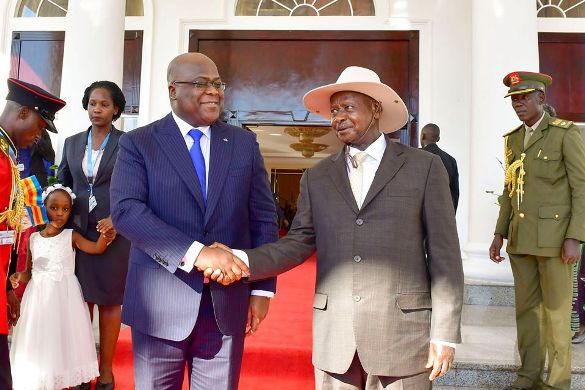