Home » Life style » Parents Disown Twins Who Fell In Love With Each Other, They Share Video Of Journey To Their Marriage

There is a strange story of twins who apparently fell in love with each other making rounds on social media. Love is very complex in a manner that only the two or more people sharing the same can understand. This is a story of Kenyan twins who refused to part ways despite being disowned by parents.

One among them is incest, which is even considered a curse. However, this practice has been winning popularity behind closed doors for years.

The silent act was brought to the limelight recently when Kenyan twins went as far as marrying each other.

Chiweru Lexy Emilia Official and Duhh.itzz.lexy are twins who are apparently on a journey to prove that love conquers all.

While this may be a mistake never heard of in any normal family, the two are hesitant on ending their rather strange relationship.

How exactly are they doing this?

Newslexpoint.com has learnt that the two twins were disowned by their family after refusing to separate.

In a Tik Tok video shared through a channel Chiweru and Lexy, the two decided to tell their story. They claim their love for each other is eternal.

The two asserted that they have had a strong bond since childhood. They later grew up to engage in a romantic relationship. Apparently it started as a secret but was later discovered by their parents who banished them for promoting bad behaviors.

The twins say the banishment didn’t shake them and that they went ahead to wed and now even have a baby together.

The young “couple” have been dealing with trolls ever since they went public. They also claim their relationship is growing stronger by the day. 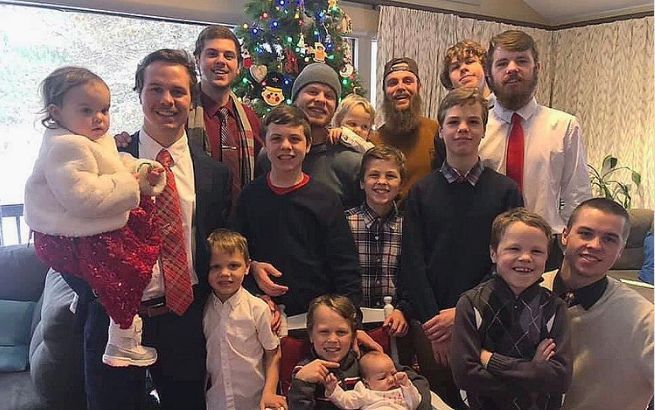 American Couple With 14 Boys Finally Welcome Their Only Daughter

The American couple Kateri and Schwandt from Michigan USA have finally got what they have ...