On Tuesday afternoon, residents of Thome Estate in Nairobi Kenya experienced a lot of shock after a horrible discovery of dead bodies of a young family inside the house.

A city woman aged 32, hacked her husband and their two kids to death before taking her own life.

The Chairman of Area Nyumba Kumi, Mr Mwangi Geoffery told Newslex Point Kenya that the couple has been having domestic disagreements and conflicts, whereby the husband was said to have been seeking for external intervention.

According to Mr Mwangi Geoffery, the deceased reported to him a few months ago accusing his wife for beating him. He therefore asked him to report the issue to Police, but he didn’t bother.

It was a shock when this killer woman aggressively attacked her husband identified as Gitau David with an axe while he was sleeping, before she strangled both her kids to death aged 2 years and 12 years using strong piece of cloth.

After killing the rest of her family members, she also committed suicide by hanging herself with a rope inside the house.

The woman who was cooking food at the construction site, failed to turn up for a couple of days, which prompted her customers look for her.

During the search, some of her customers approached the Nyumba Kumi Chairman who went to the couple’s house where he shockingly found the entire family dead.

The Area police already launched investigations into the incident. 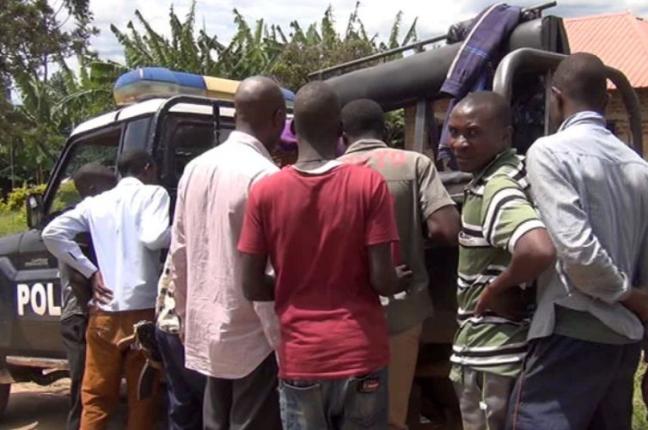