It seems the Ugandan government doesn’t want people talking about its election or its once and future president certainly not online especially using social media such as facebook, twitter and whatsApp and thats why it blocked access to them.[9]

The nation’s government blocked access to Facebook,[4] Twitter and WhatsApp for the second time in three months on Wednesday and Thursday, as President Yoweri Museveni was sworn in for his 5th consecutive term.[1]

Museveni, who first became president in 1986, won reelection in February with around 60% of the vote, well ahead of the 35% won by his nearest challenger.[5] But many believe the election was rigged for Museveni from the start.

Areas with strong opposition movements weren’t able to vote until late on election day, because election materials reportedly didn’t show up in the morning.[1]

Former Prime Minister Amama Mbabazi, who notched just 1.4% of the vote, alleged that vote counters swung tallies in favor of Museveni by filling out voter forms for the president and making up final vote counts.[5]

Tensions ratcheted up after the election results were in, as the leading contender was detained and the government cut access to social media. That access was again gone for several hours on Thursday.

Restricting social media seems to fall into a pattern by which the Ugandan government has increasingly limited the country’s ability to discuss opposition to the president.[2]

Earlier this month,[9] the government banned the press from covering election protests. Journalists in the country have also been assaulted while covering the election process, according to the Committee to Protect Journalists.[7]

During his swearing-in ceremony, the president promised to fight corruption.[1] 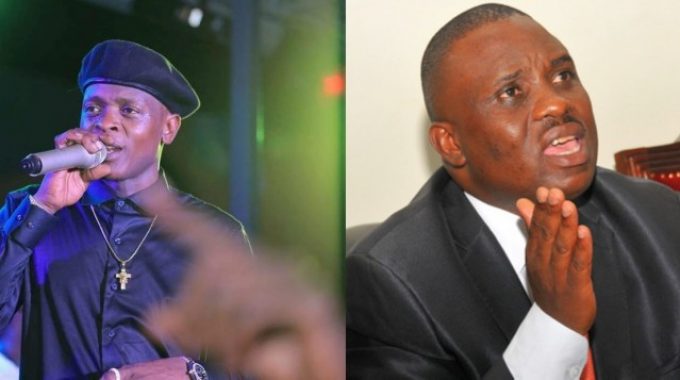