National Unity Platform denied any claims that Chameleone wasn’t considered because of his religion. These rumors came about after NUP decided to go with Latif Ssebagala as their flag bearer. There was an assessment form that was making rounds on media allegedly used to vet who was to represent the party in the 2021 elections.

What attracted and caught the attention of the people was religion. Chameleon is a catholic by religion and according to that assessment form, the catholic religion is infamous in Kampala. On seeing this, Joel Senyonyi, the NUP spokesperson came out and put a disclaimer on that form and advised that the public treats it with the contempt it deserves.

Chameleone on the other hand has decided to come as an independent during the 2021 elections. He still wants to run as Lord Mayor of Kampala. He even advised Bobi Wine to be cautious of the people around him because they may cause his downfall. Some artists like Khalifa Aganaga have already promised to stand with Chameleon all the way as he runs for the Kampala Lord Mayor seat.

We are surely not so surprised by this move made by Chameleone. However, this clearly means that now there is division in the NUP party. Obviously some people will support Latif while others will go with Chameleon. This is not good for the party at all because it doesn’t serve in their interest at all. If there was a way of setting a table to resolve it, they surely could try that option otherwise it spells doom for them during the 2021 elections.

Does this mean bad news for NUP?

Jose Chameleone Says He Will Contest Again In 2026 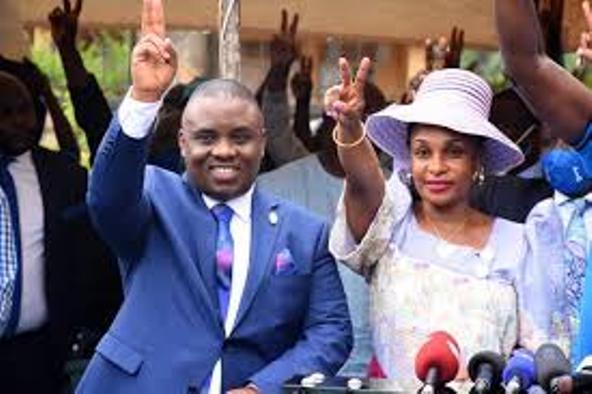 Forum For Democratic Change’s Erias Lukwago has been reelected as Kampala Lord Mayor. This is ...