Home » Life style » When Wilson Lost His Job, This Is What Happened!

Jane watched as her husband Wilson tossed her baby up and down, it was such a beautiful sight to behold. Everything was perfect, he’s such a caring and loving husband, every woman’s dream. He bought her gifts after gifts on a daily basis.

He made sure she never lacked anything and never had to complain about anything..Her family was always cited as an example when a young man or woman wants to settle down. Theirs was the standard of what a healthy and good marriage should be like.

Some of her friends were even envious of her.. “forget that thing, i think its because of Wilson’s money that’s why Jane has been with him all this while “her friends had said during one of their many gossips.

Wilson had a car he never drove, he handed it to his wife and always took a cab to work, something his friends mocked him about and called him a weakling.

“Man, you are the one making the money and she’s the one enjoying it. How can you be using a taxi while your so called wife drives your car?” his friends taunted him.

Most times he rushed home to even help his wife cook, something she didn’t like it. “…what if your mom comes home and meets you doing this, she will think i’m not a good wife.” Was one of her many complaints which fell on deaf ears. “it’s you i married not my mother, besides i cook better than you.” he had said.

When Wilson lost his job and became sick!

Wilson came home one day, dejected, weary and demoralized. Jane knew her husband, he wasn’t as cheerful as always. He handed her a letter and when she read it, she gave him a hug and asked him not to worry. He had just lost his job.

.The bank had frozen his assets, he had nothing to boast of, he felt like his whole world had come to an end.
“Let’s see how this relationship or marriage will last now, Sharon, he’s lost his job, the goodies have stopped coming in, all her bickering will soon stop.” her friends gossiped.

The bank came and threw them out of the house and Jane rented a smaller apartment somewhere in Kireka with the money she had saved up, she cooked his favorite dish and didn’t make him feel like he was jobless..” baby, all this money you are spending, where did you get it from “He asked..

“….what kind of wife do you think i am? One who spends all the money her husband gives to her? I had saved up for a stormy day like this and  besides i will start a small business soon, work or no work, you my dear husband will eat your favorite meal, watch your favorite sports channel and still drink your favorite wine if you want to, i will make sure of that ”

Her words made him cry, he looked at her and mumured “I love you.”

His friends started wooing her, saying he had nothing to offer anymore, even her friends tried to hook her up with some guys but she refused.” Are you guys mad? You think i married Wilson for money? A man for whom my love for will remain unwavering till the earth drowns me? Y’all should just get out.” she’d barked at them.

She proceeded to the bank one day to withdraw all the money she had so she could give it to a friend of hers who’s supposed to help her with the business she’s about to start.

On her way home, her bag was snatched by thugs along Jinja road and all the money she had was gone in a twinkle of an eye.

She cried her heart out for days. She wondered how her husband and her 2year old son were going to cope. That was all they had. “Baby don’t cry, I promise I will get back on my feet soon, I promise.” Wilson said….

Days passed and Peter her former neighbor started wooing her. “Jane, you know I like you, yes I know you are married and I know you don’t want to have anything to do with me, neither do I.

But I’m here to make you an offer, sleep with me for a night and I will give you 5 million shillings, he said as he handed a cheque he had signed “Okay you know what, let me sign a blank cheque, fill any amount you want.”
He had been one of those men pestering Jane ever since they lived in the same estate in Naalya.

On that  day, she had agreed to enter his car when he saw her on the road, tired and dejected. She had hit her leg against a stone and was too weak to walk.

Jane went home and the thought of Peter her former neighbor and the blank cheque in her hand confused her, she looked at her family, living in abject poverty and didn’t know what to do. She cried and cried and her husband thought she was still crying about the money she lost to thugs.

She made up her mind, she was gonna do it. She didn’t want her family to suffer, she was gonna lie that her Aunty who lives in the UK sent her the money, On a second thought, she will tell him the truth.

The following day Wilson went out without eating anything, he dropped their son off at school. Jane had told him she was going to see her friend about a job and might probably stay there till the next day. She was on her way out when she met Wilson.

“Baby, I thought you said you were going to be with John and Emma, why are you back so early, and why is your face like this.” Jane asked.

Still keeping a straight face, Wilson beckoned on Jane to go back inside “We need to talk.” He said. At this point she was shivering. Has he found out? Did his friends know Peter? So many thoughts ran through her head.

“Look Jane, I know you love me and I love you too, I know the pains you have gone through to keep this family in one piece, but….” Her heart stopped. “…but what baby?” she asked almost crying..

“I got my job back and they have just paid me 10 million shillings as compensation for sacking me for something I never did and the damages.” Wilson said as he handed the cheque over to her. .Jane held her chest and cried, she cried and cried and hugged him so passionately..

“Its okay baby, God came through for us” He said!! At that moment she recalled Peter and thought of how she was falling into his trap that would perhaps eventually end her marriage.

She thanked God who made a way early enough for her before she could make a mistake. She ran reached out and drew the cheque Peter had given her, tore it into several pieces and blew them out.

lost job peter 2018-06-28
lukwago J
Loading...
Previous: Akol The Street Child With A Big Dream
Next: Check How To Pay Social Media Tax That Is To Start Soon

Beyond The Feelings, There is Reality That’s Clear

Be Thankful For The Scars, They Make Your story Beautiful 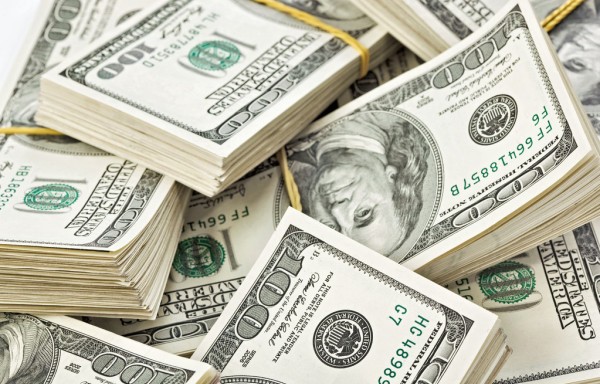 I have met different characteristics of people in life who behave differently when they get ...