When Grace(name withheld) stepped into her local church, she knew she had stepped into her safe haven for some spiritual nourishment. This would however all change minutes into the service.

Speaking to the media on Thursday, a lady painfully recalled the humiliation she suffered having being kicked out of the service for breastfeeding her child inside the church.

Being the daughter of a bishop who practiced in a different branch of the church in Nyeri, she thought she knew all the dos and don’ts in the house of the Lord.

“When it was time for communion, my child started crying and as others stood up to line up, I remained on my seat and breastfed him.

“The person who was leading the activity asked me to stand. I explained that I couldn’t since my child was still feeding. By that time, everyone had stopped what they were doing and stared at me. The church leader gave me a choice to either comply or walk out. That was the longest walk of my life.” Grace who is in her late 30s explained.

She was accused of being disrespectful during communion but according to her, the issue was handled poorly even if she had been on the wrong, which she maintained she wasn’t.

“How was my child supposed to know where and when to get hungry? Breastfeeding is a very natural thing and the baby was innocent. Even if I was wrong, why did they feel the need to call me out in front of everybody? Someone should have just come and whispered to me. I am the daughter of a senior clergyman.” Grace added that the incident destroyed her perception of the church.

Views from the past;

In a past sermon by the late Bishop Lawrence Kariuki in Nyeri, he explained that he would often allow people to even doze off during the service.

“People come to the house of God to find peace. I don’t wake people even if they sleep because as a human being, you need peace of mind to sleep. Maybe the church is the only place they find peace.” He stated at the time.

The National  Assembly kicked out Kwale Woman Representative Zulekha Hassan in August 2019. She had brought her baby to the floor of the House.

Some of her colleagues stood by her defence that she did not have someone to attend to the young toddler at home. The National Assembly went ahead to rule that the child was a stranger in the chambers.

The emphasis has been put on maternal health in terms of deliveries and child growth. The same cannot be said about infant development in regards to breastfeeding.

While there are laws requiring companies, institutions and other public places to offer support for mothers, the enforcement has not been very spirited.

The government enacted the Health Act, 2017 which requires all employers to establish lactation stations. These must be at places of work and fit them with necessary equipment and facilities.

“Breastfeeding in the workplace may be seen as inappropriate and unprofessional to some. However, the health benefits to both the child and the mother are undeniable.” Labour CS Sicily Kariuki asserted in August 2019 when she was in charge of the health docket.

breastfeeding 2021-06-17
Eninu William
Loading...
Previous: Desire Luzinda Flies Back To US After Launching NGO
Next: Ssemujju Nganda; There Is Nothing To Be Optimistic About In This New Cabinet 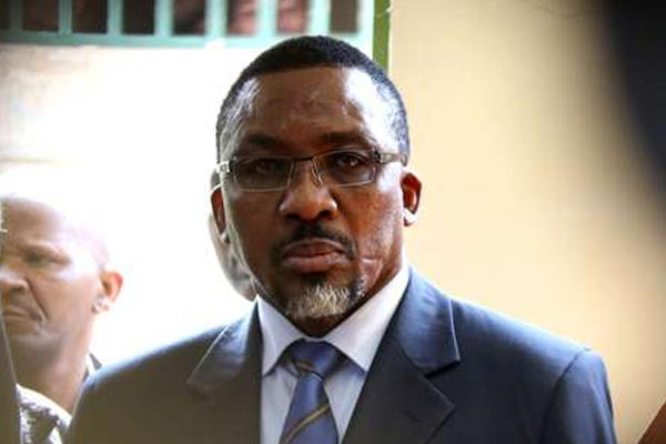 The controversial Kenyan pastor James Maina Nganga seems to be in hot soup after the ...