Cristiano Ronaldo’s incredible collection of goals is not the only thing the Turin side bought from Real Madrid this summer, as an unsightly red card showed, Ronaldo’s European debut for Juventus wasn’t supposed to end in tears.

However, Cristiano set off in tears in Champions League debut for Juventus and may miss Man Utd return. It’s a way that has delivered the striker four Champions League titles in just five seasons, and all indications suggested that the romance would continue despite the player leaving Real Madrid for Juventus.

Destiny, however, had something else in store for Ronaldo. A red card given for a spat with Valencia’s Jeison Murillo 28 minutes into this season’s Champions League opener will lead to an automatic one-match suspension, with the potential for him to miss a return to Manchester United next month.

Cristiano was owed a red card and may miss Man Utd return.

As a matter of fact, Ronaldo looked frustrated right from the opening minutes in the Mestalla. Ronaldo tried from left to right in a bid to look for space, testing Neto the goalkeeper early on with two shots that failed to threaten the scoreline.
Nevertheless, he came close to providing an assist early on when a poorly hit volley fell into the path of Mandzukic. The Croatian however, sent wide minutes later, as the Valencia defense was working to keep the ball out,the Portuguese found himself tangling off the ball with Colombian murilo who accused him of pulling his hair while on the ground.

There seemed little violent intent in the gesture. But there was no doubt that it was an aggressive gesture against a felled opponent, and referee was probably right to send off the Juventus player before bursting into tears and leaving the pitch.
He could now miss Juve’s next three games in Europe, depending on how UEFA view the incident. They managed to triumph in Valencia without him, thanks to two penalties from Miralem Pjanic. 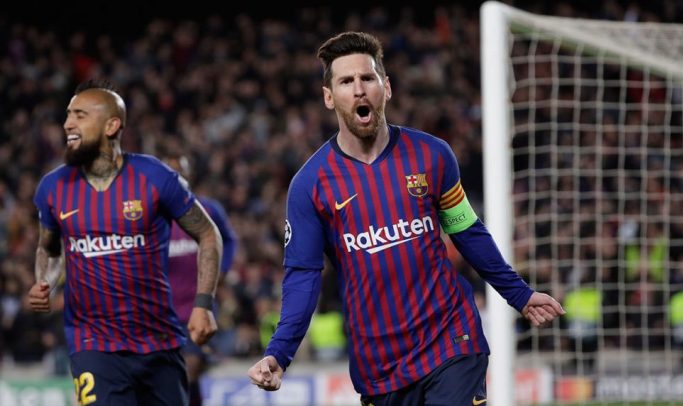 The quarter-finals of the Champions League are on the horizon and numerous top players are ...