The over 25 business executives, including the most recent investor David Kay whose Tenor Capital company has invested US$ 300 million in the renewable energy, expressed their desire to partner with the Government in achieving President Kenyatta’s ‘Big 4’ pillars of development .

Speaking on behalf of the Canadian investors, Fairfax Africa Holdings Corporation CEO, Michael Wilkerson, said they have already updated themselves of what entails the ‘Big 4’ agenda that informed their desire to partner in realizing the transformative vision.

Already 150 Canadian companies are operating in Kenya and many more are lining up to take advantage of the potential offered under the Big 4 pillars of Manufacturing, affordable Housing, Universal Healthcare, Food Security and Nutrition.

“ I know your Big 4 agenda and as I look at it, there are many opportunities beneficial to both Kenya and Canada. On the Canadian side we are very excited and as you know we are world leaders when it comes to renewable energy, engineering, technology, space industry, value addition to agricultural produce and the blue economy,” said Mr. Wilkerson.

In his exhaustive response, President Uhuru Kenyatta said the meeting offered an opportunity to deepen and enhance the already rich and solid partnership between the two countries which has been there since early sixties.

“ We have sought to strengthen the relationship between our two countries. We are together founded on common set of values. We should now be asking ourselves how do we turn this partnership into a mutual beneficial relationship,” said President Kenyatta.

The President said time and again he has reminded traditional partners to take advantage of emerging opportunities in Africa by investing in various sectors for the benefit of all.

He defended the new-found relationship between Africa and China against accusations of exploitation by the West. He said China is only taking advantage of existing opportunities, which the West had ignored.

He said although the West has been Africa’s traditional partners, it has ignored valuable opportunities that China is taking advantage of.

“Africa is not just opening its doors to China. China has seen opportunities in Africa. They have seen returns from various sectors. This is what we have been telling our traditional friends,” said the President.

President Kenyatta assured the Canadian investors of his Government’s transparency and openness in doing business, reiterating that he would not allow any public officer to cut self aggrandizing deals with potential investors.

“Governments are there to facilitate a conducive environment for business and prosperity, therefore public officers have no business cutting deals,” said President Kenyatta.

Adding: “Report to me directly if you face any hurdles as you seek to invest in various sectors available.” President Kenyatta urged the Canadian business people.

He pointed out that Governments are obligated to offer services to wananchi as it creates opportunities for the private sector to thrive.

“I want you to make money by helping me deliver services to Kenyans,” said President Kenyatta.

He cited the example of General Electric, which has partnered with the Government to install critical medical facilities in public hospitals through the Managed Equipment Service (MES).

He said through the MES partnership, the government has been able to attain it goal of providing health services while the company makes profits, and now plans to extend the same model to other parts of Africa.

The President said the MES partnership, under the off-balance sheet model, allows the private sector to work with the government to achieve mutually beneficial objectives.

“Let us work on a win-win scenario. I am keen to show the world that we can work together by encouraging mutual benefits,” said President Kenyatta.

He said the conversation on Canadian investments in Kenya will continue during the Blue Economy Conference in Nairobi in November.

Kenya and Canada are co-hosting the Blue Economy summit in Kenya and invited the business people to take advantage of the summit to explore the investment agenda further. 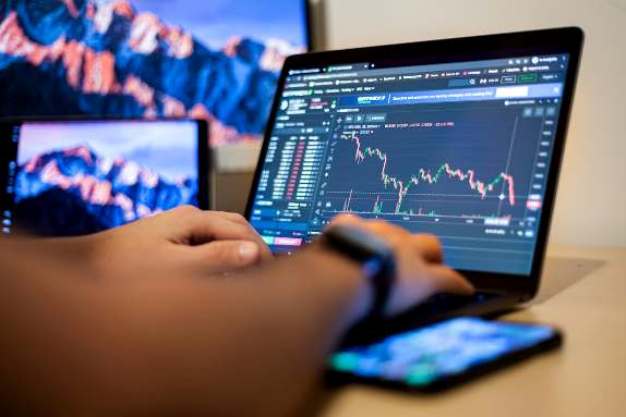 As referred to by retail traders, Forex or FX is a short form for foreign ...