Home » News » Business » Economy » Capital Markets Authority Of Uganda Blocked the Publication Of This Article In New Vision Even With paid funds Returned!

Capital Markets Authority Of Uganda Blocked the Publication Of This Article In New Vision Even With paid funds Returned!

As promised, we have continued the mission to FOSTER the legacy of President Yoweri Museveni through tangible deeds and actions that make actual impact in the lives of ordinary Ugandans and Africans at large. The legacy of freedom and security creating enabling environment for private sector to thrive and make the difference. A legacy we believe is the position of government in any civilized society but which most African governments and definitely the entire Uganda private sector has failed to understand but will now do through our unending impact.

Development Channel has lived up to its promise as made in the first verse of this report series by actually COMPLETING the setting up of the LARGEST CALL CENTER IN AFRICA HERE IN KAMPALA, UGANDA, without a single financial support or tax exemption from the government. The Call center has the ability to retain 5,300 full time employees making it one of the largest capacity call centers in the world (beating over 98% of the established names in the famed Indian Call center industry). The call center forms a core base of the operations of Development Channel in the economic transformation of the African continent through its recently declared Pan-African Economic War with headquarters in Kampala, Uganda. Through the call center, products and services from the 25 companies in the conglomerate will be delivered door to door, person to person to all Africa’s 1.2 billion people.

The call center has already confirmed employment for 2,800 Ugandans as at July 16th 2018 with a starting salary of UGX1 Million shillings per month and the rest are expected to come from other African countries to ensure local content representation as well as deal with language barriers. Speaking to a massive crowd of over 6,000 youth at Freedom City, the Chairman, Charles N. Lambert said “The call center was born by our first office on Port Bell Road so it must also bear fruit immediately. Come August, we want to begin set up of all infrastructure required to manufacture and assemble mobile phones in Uganda. Uganda must be the FIRST country in Africa to produce mobile devices as well as other IT products. It is the LEAST testimony that the hard core belief in freedom, security and deep hatred for extra judicial killings by President Museveni deserves in RETURN for the sacrifices and commitment to this high ideals by an African”.

In celebration of the completion of the call center set up, the company invested in giving out 40 SUVs to its middle level management made up of mostly people who were job seekers just a few months ago. This does not include the over 500 that have received free computer tablets( a thing no other company selling computer tablets in Uganda has ever done for its employees), the ones that have gotten apartments, the over 50 that have received new international passports for business travels or the unending training in character, business, patriotism and fear of God. Ugandans simply cannot believe the life they are living right here in Uganda and the Founder keeps insisting that the organization has not yet started. “ It’s very logical, the ONLY PROOF that the legacy of President Museveni is the ideal legacy for all African countries is when the tittle of the Highest Employer of Labour in Africa’s private sector is held in Uganda by Development Channel and not in Nigeria by Dangote. Expect us to create over 60,000 sustainable jobs in Uganda in the next few months to attain that honour. Be rest assured, Dangote is only holding on to that crown for a few more months

“If you are buying our computer tablets, you are simultaneously investing in our mobile phones to be launched 5th of October on World Teachers’ day through a program for teachers called TRS (Made in Uganda). Our phone will have NO DROPOUT in the African population in terms of use, forever. That is a PROMISE”.

This article was first published on Ugblizz and on Enewsug.

Development Channel 2018-07-18
lukwago J
Loading...
Previous: Sheebah Karungi Felt Proud Of Her Soon To Be Completed Mansion
Next: A Letter To My Late Wife, Jane 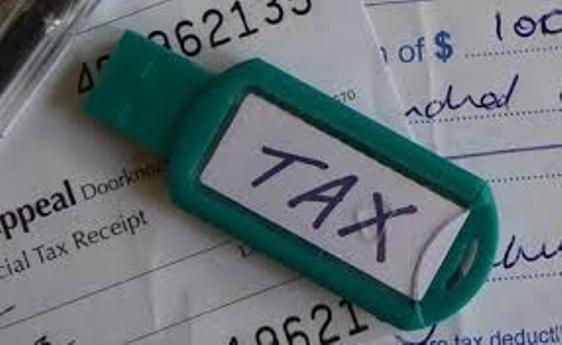