The acquisition will make Liquid Telecom the largest pan-African broadband network, [1]spanning 40,000 km of fibre network in 12 countries from South Africa to Kenya,[1] according to a joint press release issued by the companies. [10]Liquid Telecom plans to use the single fibre network to launch new products and services aimed at African businesses.

The transaction is subject to approval by South African regulators and will be completed later this year.[8]

We are pleased to announce that Liquid Telecom has entered into an agreement to acquire @NeotelZA. Details here: https://t.co/WdRWjlHrFV

“We will also be increasing investments into Neotel to cater for rapidly accelerating mobile and enterprise traffic,” said Nic Rudnick,[9] Liquid Telecom CEO in a press statement.

Over the years, Liquid Telecom has built 18,000km of fibre broadband in 15 African countries.[5] Last September, Masiyiwa told the Financial Times that Liquid Telecom was considering getting listed on an European Stock Exchange sometime in 2016 after turning down several approaches by potential neotel buyers in the last few years.[12]

Masiyiwa, 55,[3] is the founder of Econet Group, a mobile telecommunications group with operations across several African countries.

KTA Advocates To Skill Lawyers On IT And Intellectual Property Rights

Servers For Startup Businesses: How To Find The Best And Most Affordable Products? 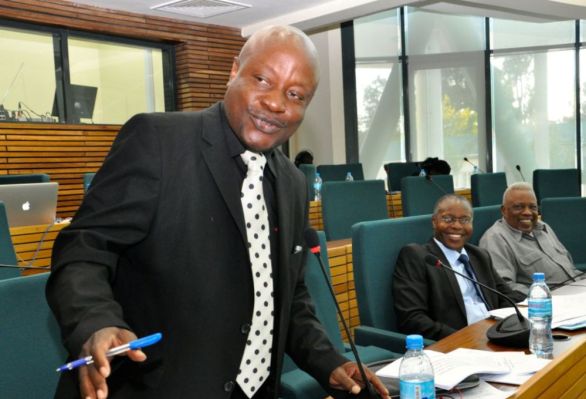 Government has been challenged to invest more money into Information Communication Technology (ICT) sector in ...