There are quite a number of signs to show that your spouse could be having an affair, on the side of men, they tend to hide their behaviors and sometimes it’s very hard for a woman to detect that her husband is cheating on her not until she observes some changes either in character, behavior, fashion etc. You might even have suspected for a few days, weeks or months.

Check also: 41 ways to be a good husband to your wife

Here are some of the signs or indicators of a cheating husband.

If your husband begins to come back home late and yet initially he was coming back at his usual time, he will tell you he’s now working longer hour frequently and a lot of overtime, ask yourself why? May be there is another entry.

If his phone rings, he will always want to pick up his phone calls when he is alone, that’s why he will move away in a distance so that you cannot be able to listen their conversation, he will even decide to go with his phone in the toilet or bathroom.

(3). Leaving his phone on throughout the night:

If he begins leaving his phone on throughout the whole night and yet he used to switch it off before he gets to sleep, just know perhaps he is expecting a call, he might even receive mysterious phone calls when you’re together, when you ask who had called, He will say, it was a wrong number.

When you serve him food, he will eat very little or even fails to eat, just know someone else must have fed him.

When he goes to bed, he will fail to perform his duties as a man, claiming he is very tired, he will give funny excuses that he’s not in his moods, he might even show a new technique in bedroom that he learnt from the lover with whom he has been cheating, his new lover might be giving him something sexually that he isn’t getting at home.

(6) .Failed to declare his place of work:

If a man has never bothered to tell you where he works from, how much salary he earns and in which bank he saves his money, your marriage has a question mark.

When you ask him for money, he will always say that he doesn’t have, just know there could be another woman somewhere that takes his money.

(8). Seeking for advise from his friends:

He will always seek for advise from his friends but not you and yet initially, you were his best adviser in some of his issues.

(10).Too defensive in response:

When you begin asking him about his whereabouts, he will say “ why are you asking me? “ “ Why do you care were I have been?” ok I have been watching soccer with my friends, if you don’t believe me, call so and so.

When your husband comes back home with lip-stick marks on either his neck, shirt etc or strange hairs on his clothes, its very obvious that the other lover did that intentionally to upset his wife at home and men don’t usually observe that.

When your spouse begins to ignore you and not even pay attention to what you’re saying, he will even be uncomfortable in your presence because he knows you might have been told about whats going on or what a bad husband he is.

When you see your husband going for so-called business trips more often than previously, he will even refuse to let you drive / accompany him at the airport and when he comes back, you smell unfamiliar perfume, you see condoms in his pockets or in his car.

When your spouse opens up a new email account and does not let you know about it or if your husband enjoys chating with girls on Facebook, you will also see different love messages on his profile and in his chat box. 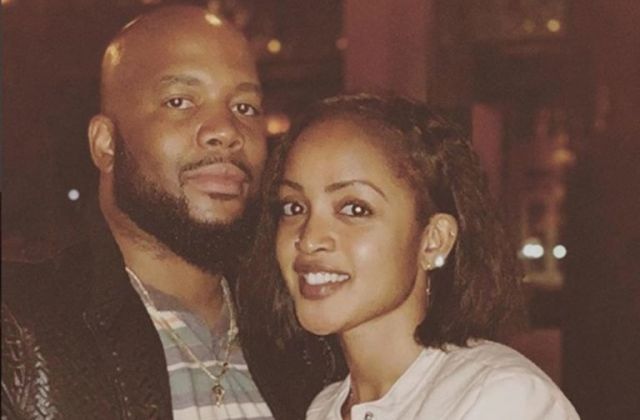 The beautiful Tooro Princess, Ruth Komuntale is now having the best moments ever and deeply ...