I cleared my files in a haste as I checked my time, “damn, Christina is going to kill me if I don’t get home on time.” Just as I was about to leave, I got a call from the intercom and my Boss Omecha asked me to come over to his office briefly that he had some stuff to discuss with me.

I rushed into his office and saw him carrying a gloomy look on his face, he looked at me and his eyes were moist. I sat down slowly as I had never seen Mr Omecha, known for his notoriety, in this way before.

He picked his handkerchief and wiped his eyes.

“You know, after 10 years of being married, I thought we were going to last forever. I came home from work yesterday to find a letter from her, telling me she wasn’t feeling the marriage any longer and she no longer feels attracted to me. She said our sex life is boring as we do almost the same thing on a daily basis. According to her, she has been feeling this way for over 5 years now but had to stay because of our kids but she couldn’t pretend any longer ”

I sat there looking at my Boss, my legs were numb and I could barely move. The kind of love my Boss and the wife displayed in front of everyone would make you think that love was created in their household, I could never imagine that Madam wasn’t happy in a relationship for five years and stayed in it.

“You know, she gave me clues but I never paid attention to them. She became active on social media and barely posted anything nice about relationships or about us. Most times she sounded like she wasn’t sure of her feelings for me any longer. Even when I asked about these things, she told me they meant nothing ”

He sobbed continuously that I felt really sorry for him. He begged me to drive him home as he wasn’t in the right state of mind to do anything . We got to his gate and he continued

“Willy, Why didn’t she tell me she was tired? Why didn’t she at least say something directly to me? Why did she just leave like that, telling me she is in a better place? ”

He came out of the car and walked inside, dejected and weary. I watched him closely till he was inside the house and then I left.

So many thoughts ran through my head and I logged on facebook and went through my Wife’s wall to check for hidden meanings on her posts and I didn’t find any. A message dropped into my phone but I didn’t bother opening it as I Just wanted to get home and embrace my wife.

She has always been the kind who is not ashamed of being a woman and she tells you when you are not doing something right or when she wants you to do it better. Never for once has she shouted at me or even got angry with me to the extent of ignoring me.

I opened the door and she was there to welcome me. She hugged me so tight and wouldn’t let go, then she started to cry and I was confused .

I was about to apologize for coming back home late, and here she was holding me and crying at the same time.

“I am sorry baby, I am so sorry.” she said amidst tears.

My Heart began to raise faster than normal, was it my turn? Was she tired of me too?

“Baby look eh, I promise never to come home late again, I will step up my game, I will play with you, pray with you and do crazy things with you, please don’t go” I was that confused.

“Leave you? Willy I can never think about leaving you even if you want me to. I Just thought you have heard.”

At this point I was lost

“It’s Mr Omecha, your Boss, his nephew just called to say he’s dead. He said he sent you a message earlier.”

“Willy, please come back I’m losing my mind. She just sent a message to say that the two kids aren’t mine either as they belonged to my younger brother who is in the states. Mr Wee,  I’m ending it”

I fell to the chair and almost had a heart attack.

I drove back to Mr Omecha’s house that night and Lo and behold, his wife was there, crying and rolling on the floor, screaming

“My husband oh, My darling.”

And just like that, we laid him to rest a week later.

A man of integrity, gone like a flash of a fallen star.

Don’t let people suffer for your insecurities and selfishness.

Talk things out with your partner if you are no longer interested in them.

when someone cheats on you, don’t kill yourself. it’s okay to cry, be sad and gloomy, but don’t worry, they Just cheated themselves out of true loyalty!!

boss nice story omecha 2022-10-26
lukwago J
Loading...
Previous: My Son Sleeps With Me Every Wednesday To Be Richer – Mother Reveals
Next: Dr. Jane Ruth Aceng Urges Doctors To Be More Careful About Ebola 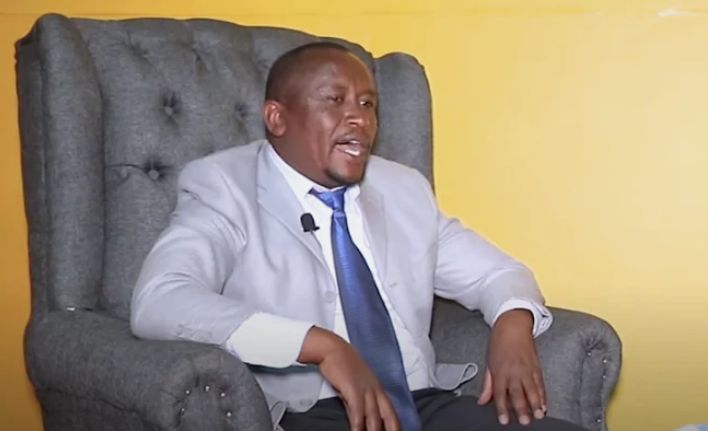 My names are Humphrey Kiama from Kenya, and am here to briefly narrate to you ...