A frustrated woman identified as Muranga Faith has revealed that her husband used the money she had sent him whilst working in Saudi Arabia as a housemaid to marry another woman.

She revealed to NewslexPoint’s L.James about the challenges she went through that forced her to travel to the Kingdom of Saudi Arabia for work.

She therefore managed to study up to Class 7 before she traveled from Kakamega to Nairobi.

When she arrived in Kenya’s capital Nairobi, she met a man who welcomed her into their family and loved her as part of the family.

‘’To date, I never knew why my dad forgot about me, I still think that lady she married did something to make him forget me.”

She later got married to a man identified as Paul. Since they were also living with the sister, there was a time she blamed her for something she did and informed her hubby.

That forced him to throw her out of the house, and her marriage ended in tears. She later realized that she was pregnant, and after giving birth to a bouncing baby girl, Paul took her daughter.

In due course, Paul took her two children and since the year 2010 to date, she has never set eyes on her 2nd born child.

In her 4th marriage, the man’s child had died, and when they came back from the funeral, the couple decided to settle.

After three months, she conceived. She became pregnant again with her 6th child.

She later asked his brother’s wife to help her go to the Kingdom of Saudi Arabia. When she reached there, she worked with a nasty boss who at some point tried fighting her.

“I would send him all my money, and I would tell him what to do with it. Even though I had a painful hand, I knew back home I had something,” she said.

When her contract ended, she came back home, only to realize that the husband had no money even to pay for taxi. Whilst on their way home, she realized the man was telling her lies.

“When we got into the plot, I knew something was off because that was not the place I knew I was sending the money for him to live in. Then he told me he eats from a hotel and told me things were stolen.”

She used to send him money and one day she asked him to buy cooking gas and freezer. The woman painfully narrated that she also sent him capital to start chicken business, but when she came back home, she had nothing.

“Calling my mom, she told me the guy stopped taking care of her daughter a long time ago.” 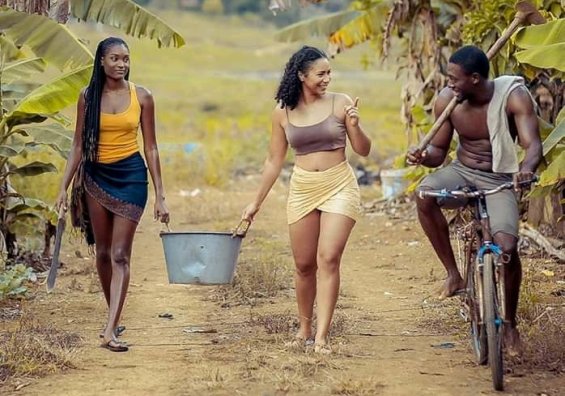 It was the last day of third term exams, and I wasn’t even wanting a ...