Uganda has come a long way, before the regime of president Yoweri Kaguta Museveni, am sure there was’nt young billionaires like it is today.[6] The majority of Africans strongly believe that becoming rich you must at least reach the age of 45, it’s the kind of mentality they do have, perhaps somewhere somehow, they’re right because it’s very hard to find young billionaires in Africa especially the self-made ones.[3]

I have an old man a friend of mine where I live who told me that he came to Kampala from his village in northern region in 1962,[1] he said there where only two popular billionaires by that time, Sulaiman Serwanga ( Late ) who used to own a bus company and Yafesi Walusimbi Mpanga ( Late ) a sole importer and distributor of brand new Toyota cars,[5] Suzuki and Yamaha, he also owns a popular motor-vehicle repairing and service garage known as Walusimbi’s garage Ltd located on Dewinton road in the city centre.

Today Uganda has got many billionaires including the likes of Sudhir Ruparelia, Wavamuno, Basajjabalaba and many others, the youth have also fought for themselves by creating jobs and others through various annual inspirational brain-storming programmes such as the Pakasa forum etc, am telling you if you happen to attend any of these programmes, you will learn how to make money and it will widen your mind.[4]

However, Newslex point research team analyzed a few successful young men in Uganda who have managed to become their own bosses by creating their own businesses.[1]

They are truly innovative and inspirational young entrepreneurs and billionaires in the country.

He is a young billionaire that discovered a state of art buildings around Kampala,[2] he is the owner of a very popular real estate multi-billion company in the city known as Ham Enterprises which includes commercial buildings such as Ham Shopping Centre at St.Balikudembe Market commonly known as Owino which is reportedly said to be partly undertaken as a public private partnership with Nakivubo Stadium Board of Trustees and another Ham Towers is located next to Makerere University main gate and etc.[8]

Ashish was born in United Kingdom in 1981 after his parents had moved to UK in 1972 when Idi Amin expelled Asians from Uganda,[1] later the young Ashish and his family moved to Rwanda where they were also forced to leave due to 1994 genocide, they fled to Burundi for a while and later came to Uganda, at the age of 15, Ashish dropped out of school to begin his own business with a loan of $5000. Today he is the Co-founder and CEO of Mara Group which deals in IT services,[5] real estates and Agricultures, he is also the Co-founder of Atlas Mara which is in partnership with Bob Diamond, a company that invests in commercial banking institutions in Africa, in 2013 both Ashish and Bob Diamond managed to raise $325 million in funding.[1]

Ssentongo is a young business man owning a multi-billion real estate company known as Haruna Enterprises which includes commercial building in the city such as Haruna Towers in Wandegeya and another one located in Ntinda,[2] one of Kampala’s suburbs.[5]

The 28 year old is a young brother to Hamisi Kiggundu of Ham Enterprises.[9]

He is one of the youngest billionaires in Uganda holding a Bachelor’s degree in sociology from Makerere University,[10] he is one of the Co- founders of Pepper Publications ( Red Pepper, Entasi, Kamunye ) aswell as Juice FM, besides, Arinaitwe is also one of the directors of a finance institution called Synod Investments.

Dr.Innocent is a veterinary doctor by profession and a young billionaire currently owning businesses like Club Amnesia,[1] SMS company known as Blue Cube, Galaxy FM and he also invested in Real estates aswell as online betting businesses, before that he was also a marketing professional in a newspaper company known as Red Pepper.

Scrow down for page 2 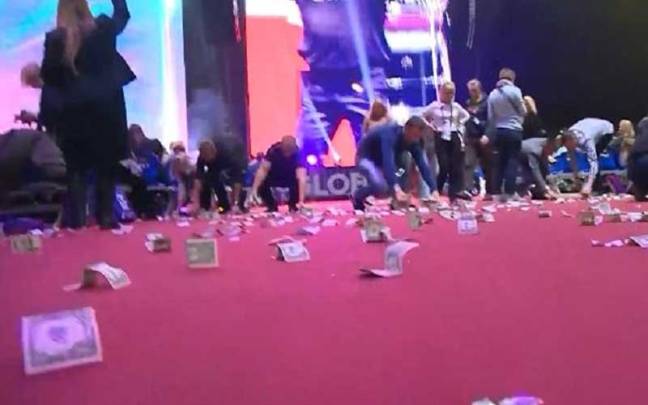