A heated divorce case pitting a 72-year-old mason and his wife of 27 years has taken a new twist after he demanded for the bulk of his daughter’s bride price which comprised 30 bags of maize, six cows and Sh15, 000 (Ugx500,000) to end his marriage.

Joel Lang’at is being divorced by his 65 year old wife Joyce Chemutai, who filed a case at the Nakuru Magistrate’s court in September last year in an attempt to lock him out of her ‘bedroom’ and their daughter’s bride price negotiations.

Chemutai told the court that Lang’at had been cruel and violent as “he used to chase me with a machete and threatened me every time. I have never lived in peace and I was forced to flee to my parents’ house.”

The couple married in a civil wedding in 1992 and was blessed with one child- the daughter- but have lived separately for 21 years in which Lang’ remarried.

Lang’at, who denies he had been cruel, told Senior Resident Magistrate Yvonne Khatambi that the cash, cows and maize form part of the bride price paid for their daughter and that nobody, including his wife and in-laws, should interfere with the share he deserves as a father.

He also demands that the 30 bags of maize be calculated at the current market price of Sh9,750 as the investment money of the family kiosk.

Lang’at threatened to cease attending court and frustrate his wife’s divorce suit if the conditions are not met.

Lang’at told the court that “the reimbursement of the things and money mentioned should be placed inside court, the next time we meet upon which I will agree to the revocation of our marriage. If not met, I will desist from attending court.”

Furthermore, Lang’at demands that, as her father, he must be consulted in every aspect of his daughter’s function or ceremony besides being given a warrant certificate to stop any function conducted without his involvement.

Lang’at reiterates that his marriage no longer interests him and he will only grant his wife divorce if she fulfills her end of his demands.

Chemutai also told the court that their marriage cannot be salvaged and the only solution is divorce which she sought as he had abandoned their child and became violent.

Chemutai says that her husband’s remarriage when their union subsisted left her miserable, lonely and deprived her of comfort and solace as Lang’at “deserted the petitioner   without cause or consent. He withdrew from cohabitation with the petitioner and denied her conjugal rights at their matrimonial home in Salgaa, Rongai Sub-County within Nakuru County,” reads the petition.

Chemutai says since their marriage was unbearable she is no longer interested in reconciliation and she was surprised when Lang’at appeared from nowhere in early 2018 and demanded a share in their daughter’s bride price, yet he is not entitled to anything as she never sought his support in bringing up her daughter.

Lang’at told the court that he his wife was being economical with the truth.

“I never deserted my wife. In fact, she is the one who deserted me, cut off all communication and denied me the chance to be with my children and care for them.”

He accused Chemutai of being unfaithful and cheating on him with another man.

“At one time I caught my wife with another man at my house and when I confronted her, she ran away,” said Langat, adding that although he was willing to raise her daughter and the two other children with his current wife, Chemutai denied him that right and “took all her children with her.”

The court will deliver its ruling on December 6, 2019. 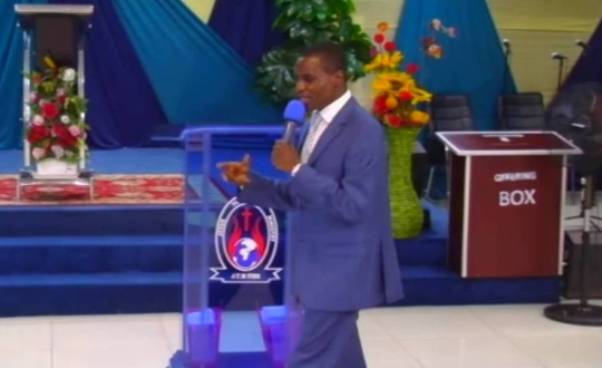 Outside Kahawa House on Haile Selassie Avenue in Nairobi where the Kenyan church JTM is ...